Christmas Give a Gift Appeal 2019

Christmas Give a Gift Appeal 2019

The 2019 Christmas Give a Gift Appeal delivered by Dorothy Parkes Centre and St Albans Community Association has proved to be a success yet again. This year, over 300 new & unwrapped gifts have been donated. The Appeal was launched in November and donations came in from generous members of the public, schools and businesses. 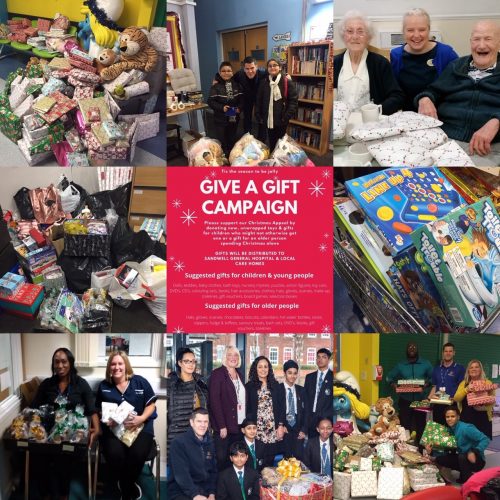 Donations also came into both community centres via the general public and volunteers spent hours sorting and wrapping the gifts.

“It really has been quite overwhelming, and the support and generosity of the local community has proven that even in these difficult times, there is still a spirit of goodwill out there and the people of Sandwell continue to strive to make a positive difference”

The beneficiaries of the Appeal are children on the Lyndon Ground Ward at Sandwell General Hospital and older people currently residing at local care homes including Ash Lodge, Oakley Gardens, Karam Court and Beechcroft Nursing Home.

“We had a tremendous response to this Appeal last year and this year it has been even bigger and better. The gifts have now been distributed to those children who will spend Christmas in hospital and to older people who do not have any family. Thank you to the generosity of local people, businesses and schools for making this a success”

Help us, help you…